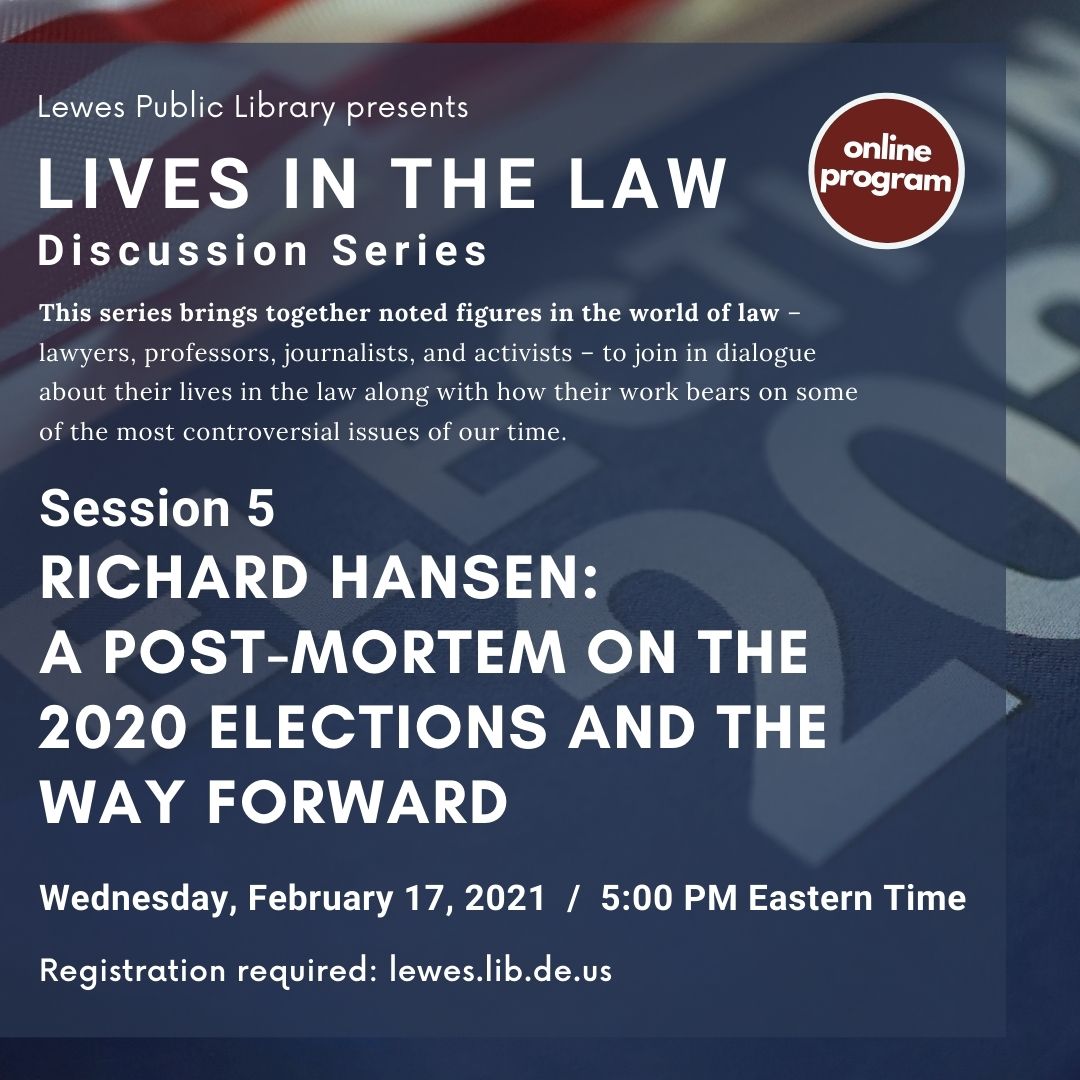 Richard L. Hasen is Chancellor’s Professor of Law and Political Science at the University of California, Irvine. Hasen is a nationally recognized expert in election law and campaign finance regulation, writing as well in the areas of legislation and statutory interpretation, remedies, and torts. He is co-author of leading casebooks in election law and remedies. His op-eds and commentaries have appeared in many publications, including The New York Times, Wall Street Journal, The Washington Post, Politico, and Slate. He served in 2020 as a CNN Election Law Analyst. Professor Hasen was named one of the 100 most influential lawyers in America by The National Law Journal in 2013.