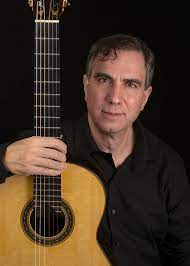 Enjoy the melodic sounds of Classical Guitarist Charles Mokotoff as Classical Guitar Magazine (U.K.) has called his playing, “truly monumental” as well as “engaging and rhapsodic”. ClassicalGuitarMusic.org has written that his playing shows “a mix of strong tone, pianistic at times, but also capable of beautiful legato phrasing and a natural feel for forward movement." Earlier in his career, Mr. Mokotoff was described by the New York Times as “exceptional among debutantes...a thoughtful, gentlemanly artist, technically fastidious and able to coax a range of sounds from his instrument.”  This program is FREE to the public.