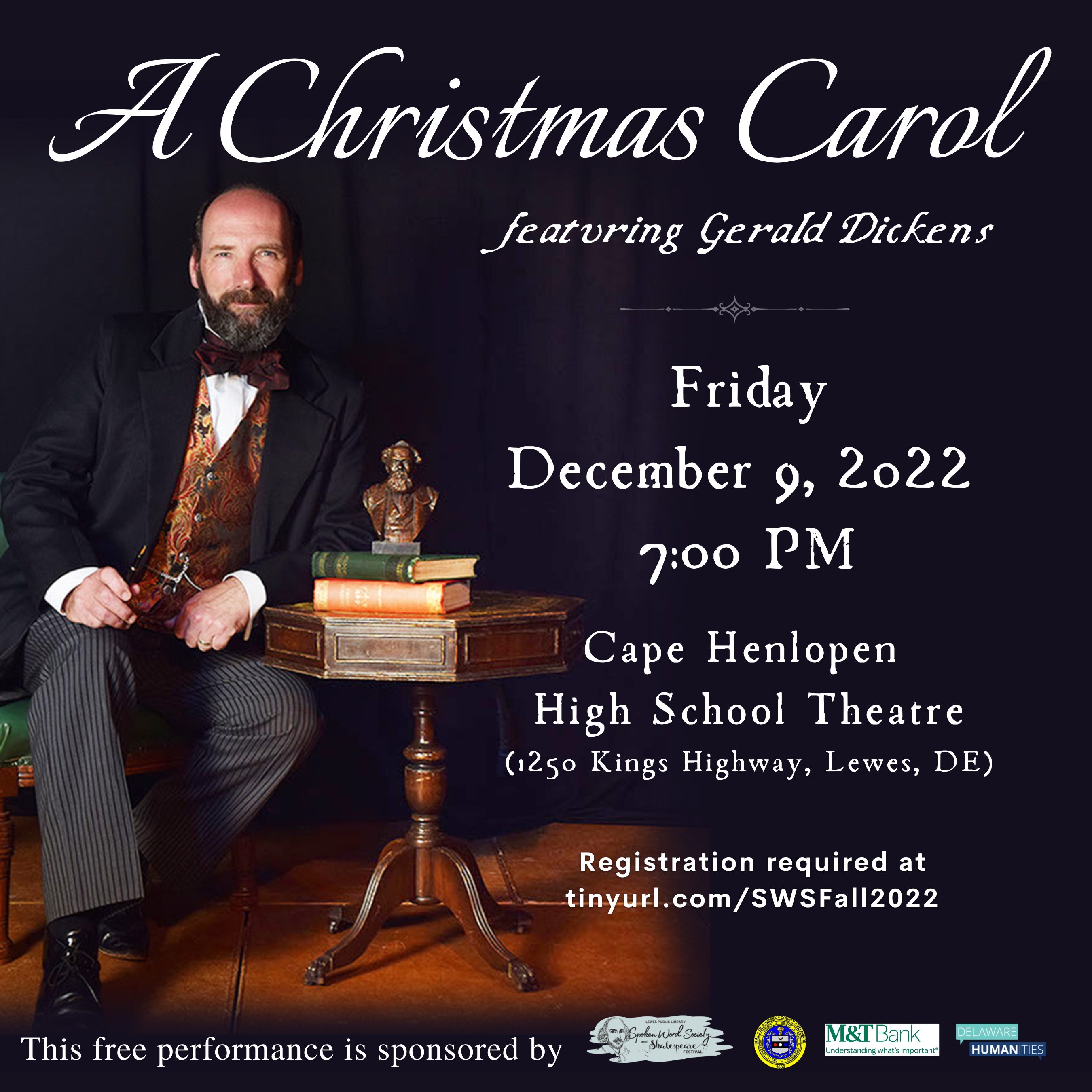 Gerald Dickens' performance of A Christmas Carol has received standing ovations all over the world. Using his own adaptation of Charles Dickens’ classic Christmas tale, Gerald Dickens plays over 30 characters using vocal and physical talents to bring each scene vividly to life.

Gerald Dickens is an actor, director, and producer, and the great-great-grandson of the author Charles Dickens. In 1993 he created his first one-man show, a theatrical performance of A Christmas Carol inspired by Charles Dickens’ own energetic readings of the 1860s. A fascination with the life and works of Charles led him to write and direct further one-man shows including Mr. Dickens is Coming!, Nicholas Nickleby and Sketches by Boz.Dickens regularly performs in major theatres and arts centres, arts and literary festivals in the UK, as well as at hotels, stately homes, and on cruise ships.

This event is supported in part by a grant from M&T Bank and Sussex County Council.

The Lewes Spoken Word Society (LSWS) celebrates the tradition and artistry of oral storytelling through lectures, performances, discussions, demonstrations, and other publicly-shared experiences. The LSWS is partially funded by grants from Sussex County Council; the Delaware Humanities, a state program of the National Endowment for the Humanities; and the Delaware Division of the Arts, a state agency, in partnership with the National Endowment for the Arts. The Division promotes Delaware arts events on DelawareScene.com.

Thank you to Byers' Choice Ltd. for bringing Gerald Dickens to the United States.