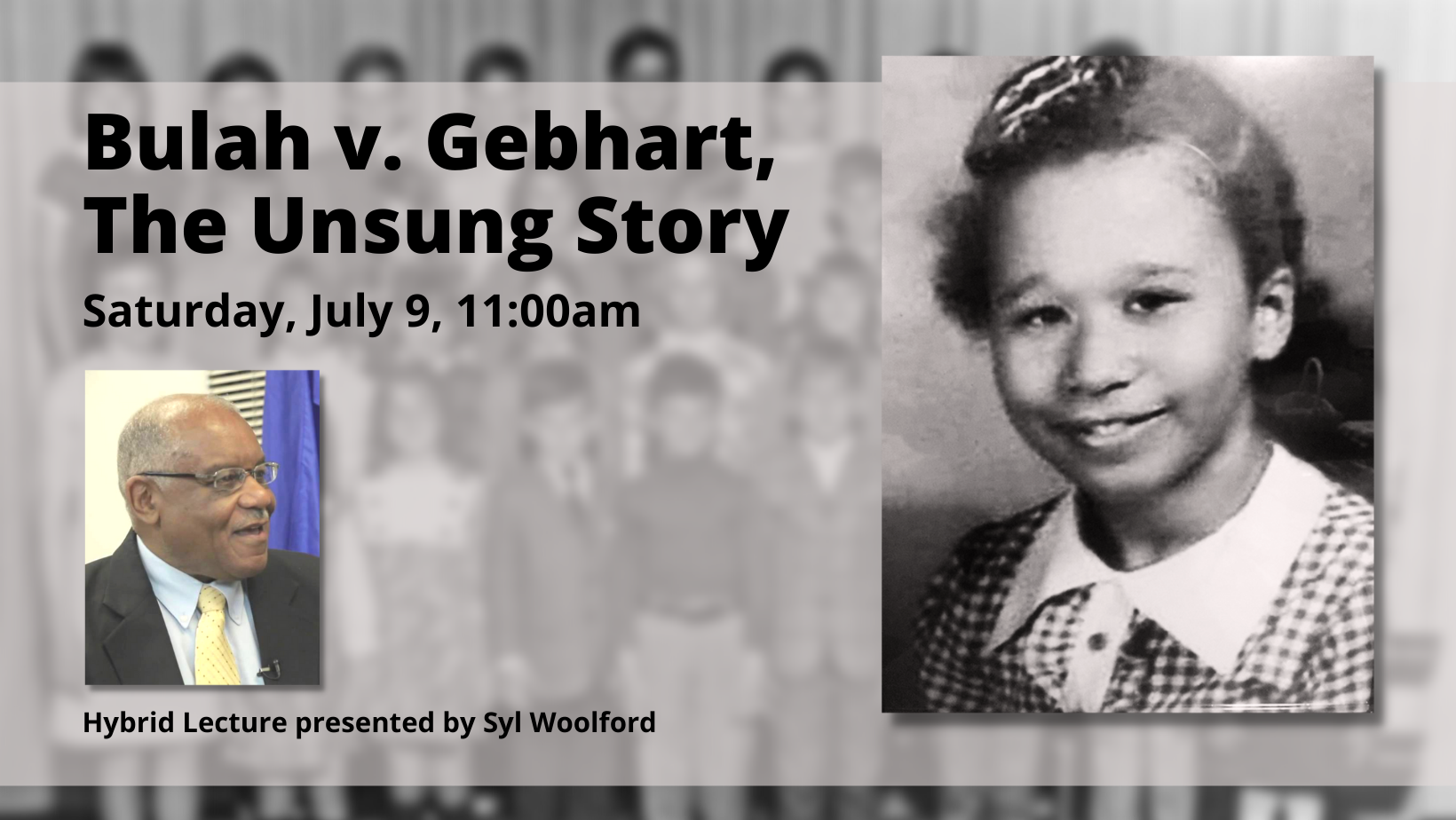 One of the five Brown v. Board of education cases brought before the Supreme Court. Bulah v. Gebhart was brought by Sarah Bulah, a parent who had made several attempts to convince the Delaware Department of Public Instruction to provide bus transportation for black children in the town of Hockessin. Particularly galling was the fact that a bus for white children passed her house twice a day, but would not pick up her daughter.

The parents sought representation from Louis Redding, a local lawyer who was the state’s first black attorney. He suggested that they petition their all-white neighborhood schools on behalf of their children. The children were denied admission and in 1951, the cases Belton v. Gebhart and Bulah v. Gebhart were filed. At the state’s request the cases were heard at the Delaware Court of Chancery rather than the U.S. District Court. Jack Greenberg from the NAACP Legal Defense and Educational Fund, Inc. assisted Redding with the case.

In a groundbreaking decision, the Chancellor ruled that the plaintiffs were being denied equal protection of the law and ordered that the eleven children involved be immediately admitted to the white school. The board of education, however, appealed the decison. Delaware was the only case of the five that achieved relief for the plaintiffs at the state level. The decision did not strike down Delaware’s segregation law.

Presented by Syl Woolford, who was recognized by the Delaware National Education Association and the NAACP for his contribution to the preservation of African American history, Mr. Woolford is a member of the Delaware Heritage Commission, the Historical and Cultural Affairs Collections Committee, the Historic Preservation Fund, and the Wilmington University History Committee.