Slaughter in the Carolinas, Presented by Syl Woolford - In-Person or Virtual 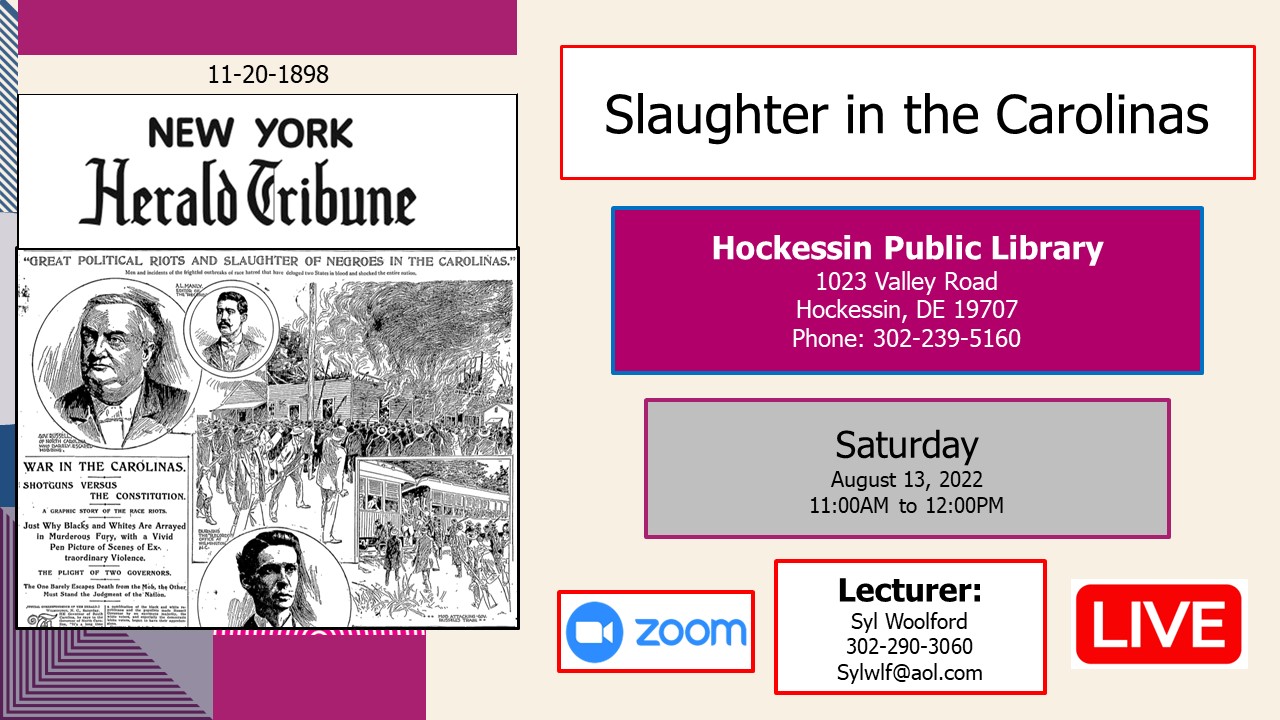 Slaughter in the Carolinas, Presented by Syl Woolford - In-Person or Virtual

After the Civil War the African American Community made significant progress during the Reconstruction Era. African American men, because they had the right to vote, held local political offices as well as being elected to Congress. The backlash in the South was severe. The Ku Klux Klan and the militia of the Democratic Party called the “Red Shirts” terrorized African American communities all over the South.

The slaughter of Negroes in the South ended with the Wilmington, NC insurrection--the only overthrowing of an elected government in the history of the United States. The audience will enjoy learning about this little-known piece of history.

Presented by Syl Woolford, who was recognized by the Delaware National Education Association and the NAACP for his contribution to the preservation of African American history, Mr. Woolford is a member of the Delaware Heritage Commission, the Historical and Cultural Affairs Collections Committee, the Historic Preservation Fund, and the Wilmington University History Committee.