Conversation with Sean Flynn | Why Peacocks? 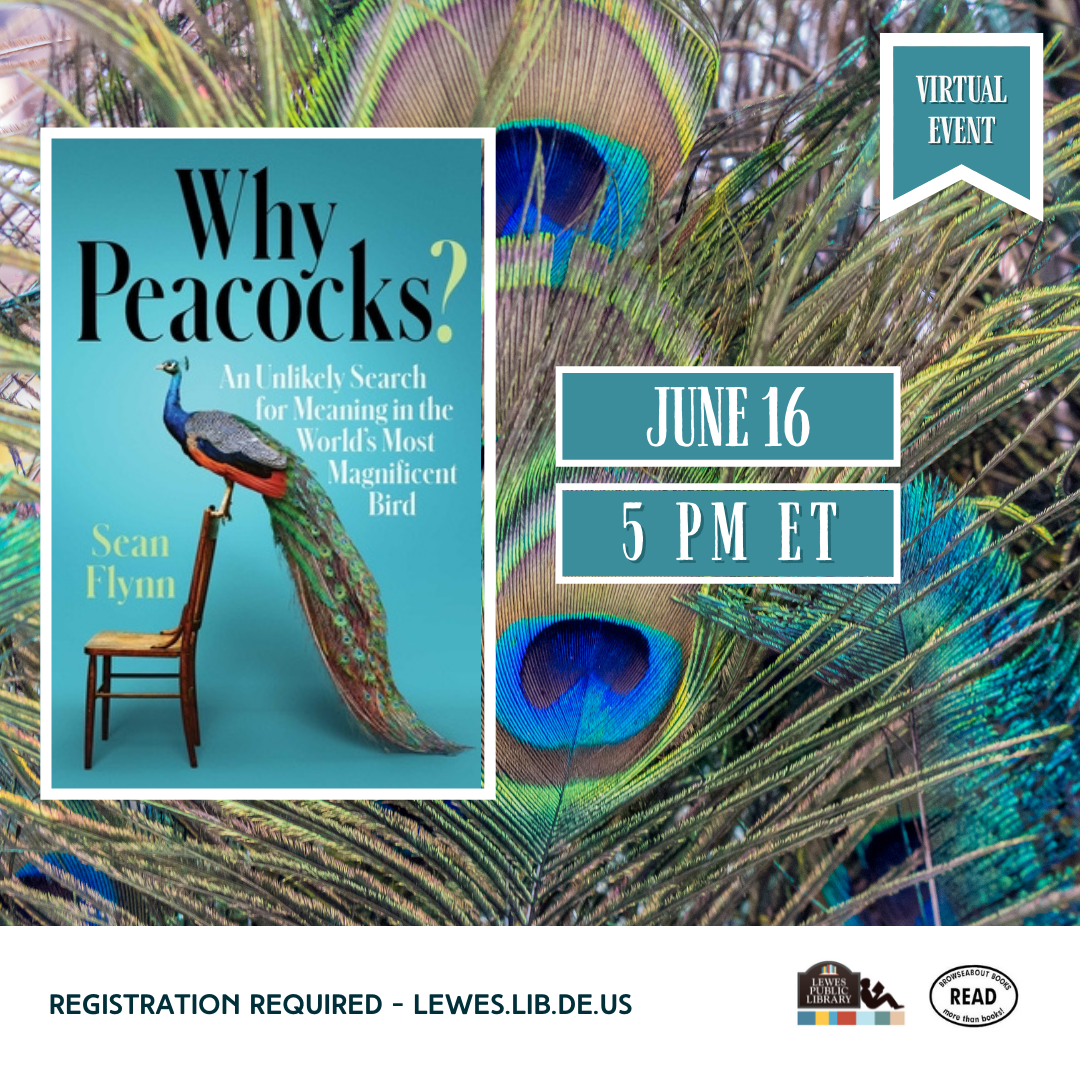 Conversation with Sean Flynn | Why Peacocks?

Join us for an online conversation with author Sean Flynn to discuss his new book, Why Peacocks?: An Unlikely Search for Meaning in the World's Most Magnificent Bird, in which Flynn seeks to understand the mysterious allure of peacocks—and in the process discovers unexpected and valuable life lessons. Joining Sean in conversation is author Jonathan C. Slaght.

When Sean Flynn’s neighbor in North Carolina texted “Any chance you guys want a peacock? No kidding!” he stared bewilderedly at his phone. He had never considered whether he wanted a peacock. But as an award-winning magazine writer, this kind of mystery intrigued him. So he, his wife, and their two young sons became the owners of not one but three charming yet fickle birds: Carl, Ethel, and Mr. Pickle.

In Why Peacocks?, Flynn chronicles his hilarious and heartwarming first year as a peacock owner, from struggling to build a pen to assisting the local bird doctor in surgery to triumphantly watching a peahen lay her first egg. He also examines the history of peacocks, from their appearance in the Garden of Eden to their befuddling Charles Darwin to their bewitching the likes of Flannery O’Connor and Martha Stewart. And fueled by a reporter’s curiosity, he travels across the globe to learn more about the birds firsthand, with stops including a Scottish castle where peacocks have resided for centuries, a southern California community tormented by a serial killer of peacocks, and a Kansas City airport hotel hosting an annual gathering of true peafowl aficionados. At turns comically absurd and deeply poignant, Why Peacocks? blends lively, insightful memoir and illuminating science journalism to answer the title’s question. More than that, it offers surprising lessons about love, grief, fatherhood, and family.

Sean Flynn is a National Magazine Award–winning journalist and author who's reported from six continents during the past thirty years. A long-time correspondent for GQ, his work has been widely anthologized and translated into nearly a dozen languages. He lives in North Carolina with his wife and two boys.

Jonathan C. Slaght is the Russia and Northeast Asia coordinator for the Wildlife Conservation Society, where he manages research projects on endangered species and coordinates avian conservation activities along the East Asia–Australasian Flyway from the Arctic to the tropics. His annotated translation of Across the Ussuri Kray, by Vladimir Arsenyev, was published in 2016, and his work has been featured by The New York Times, The Guardian, the BBC World Service, NPR, Smithsonian Magazine, Scientific American, and Audubon magazine, among others. His new book, Owls of the Eastern Ice, won the PEN/E.O. Wilson Literary Science Writing Award as well as the Minnesota Book Award for General Nonfiction, and was longlisted for the National Book Award. He lives in Minneapolis.

We invite you to support the author by purchasing a copy of their book from Browseabout Books by clicking HERE. Call-in orders are accepted at (302) 226-2665 or you can stop by the store to purchase a copy. For store hours, please visit their website. Each copy purchased comes with a signed archival bookplate.