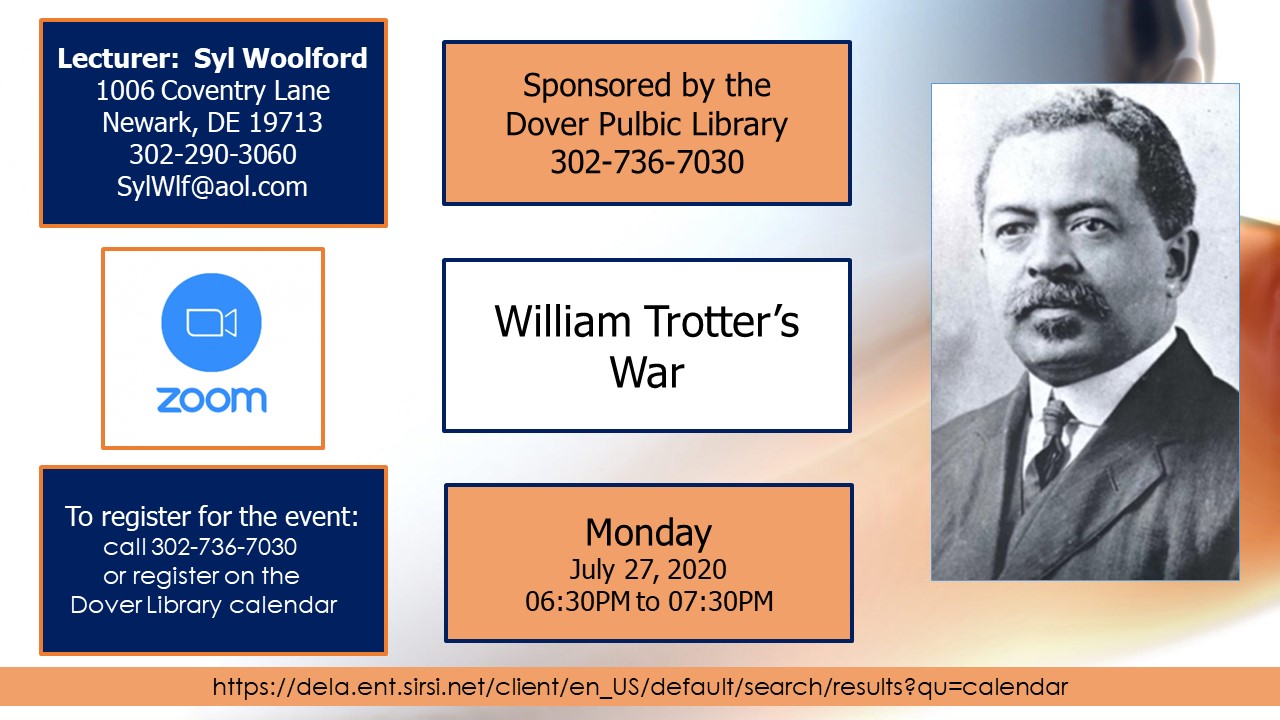 Join us for a Zoom lecture by Syl Woolford on William Trotter! Trotter was a Harvard educated African American who led many protests against the conditions of African Americans during the early 1900s. His rage focused on Booker T. Washington's philosophies and police segregation implemented by President Woodrow Wilson. Trotter was one of the founders of both the Niagara Movement and the NAACP and as editor of the Guardian newspaper he used his paper as a voice against injustice. After WWI he attended the Paris Peace Conference and requested the peace agreement include a statement that the United States should not discriminate based on race.

This timely lecture reviews the many injustices Trotter fought against, so be ready to discover a hero worth celebrating! Please register for this event to receive an email with Zoom login instructions.

Related LibGuide: How to Use Zoom by Sarena Deglin