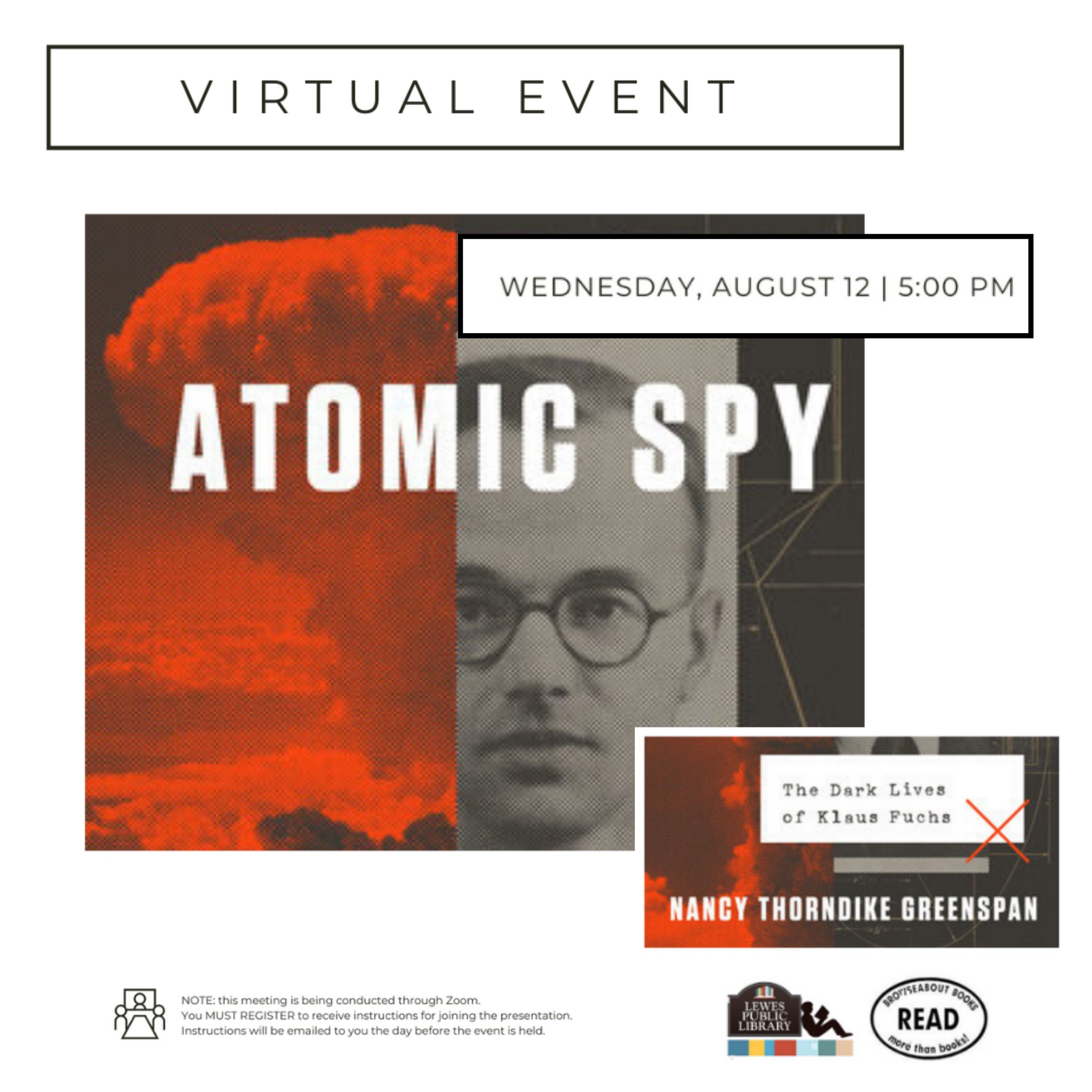 Be a part of a live, interactive conversation with author Nancy Thorndike Greenspan, on her latest book, Atomic Spy: The Dark Lives of Klaus Fuchs, the gripping biography of a notorious Cold War villain--the German-born British scientist who handed the Soviets top-secret American plans for the plutonium bomb--showing a man torn between conventional loyalties and a sense of obligation to a greater good.

German by birth, British by naturalization, Communist by conviction, Klaus Fuchs was a fearless Nazi resister, a brilliant scientist, and an infamous spy. He was convicted of espionage by Britain in 1950 for handing over the designs of the plutonium bomb to the Russians, and has gone down in history as one of the most dangerous agents in American and British history. He put an end to America's nuclear hegemony and single-handedly heated up the Cold War. But, was Klaus Fuchs really evil?

With thrilling detail from never-before-seen sources, Atomic Spy travels across the Germany of an ascendant Nazi party; the British university classroom of Max Born; a British internment camp in Canada; the secret laboratories of Los Alamos; and Eastern Germany at the height of the Cold War. Atomic Spy shows the real Klaus Fuchs--who he was, what he did, why he did it, and how he was caught. His extraordinary life is a cautionary tale about the ambiguity of morality and loyalty, as pertinent today as in the 1940s.

Nancy Thorndike Greenspan began her adult life as a health economist but soon began a writing career as the co-author of four books with her husband, the late child psychiatrist Stanley Greenspan. She is the author of two biographies, The End of the Certain World: The Life and Science of Max Born (Basic Books, 2005) and the recently published Atomic Spy: The Dark Lives of Klaus Fuchs (Viking, May 2020). She has served on the board of numerous environmental organizations and is now a board member of the American Institute of Physics Foundation. An ice dancer, she spends her free time at the rink (whenever it re-opens). She lives in Bethesda, Maryland.

We invite you to support the author by purchasing a copy of her books from one of our local independent bookstores, Browseabout Books and biblion. Call-in orders are accepted at Browseabout (302-226-2665) and biblion (302-644-2210) or you can stop by the store to purchase a copy. For store hours, please visit the websites.