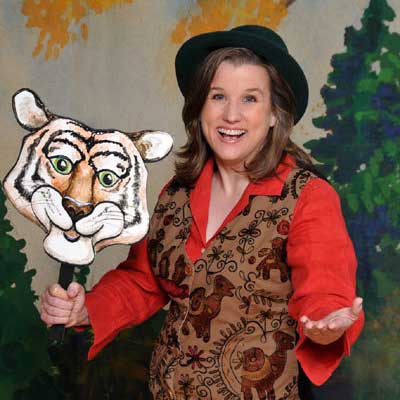 With two tricksters, a magical lake and an epic battle between the weeds and the vines, New Moon founder Julie Kurzava has created a fantastic journey, this time circling the globe. Tales from the Good Earth shares ageless stories from the four corners of the earth, with a focus on appreciation and respect for the natural world. Told in a broad, theatrical style, Julie Kurzava has been widely praised by teachers and audiences for her energy and engaging style. Tales from the Good Earth includes traditional folklore from Canada, Estonia, Liberia, and Laos. Best for children ages 4-10.

This video will be posted on our Facebook page and will remain available until August 28th.

This is an online event. Event URL: https://www.facebook.com/DoverLibrary/