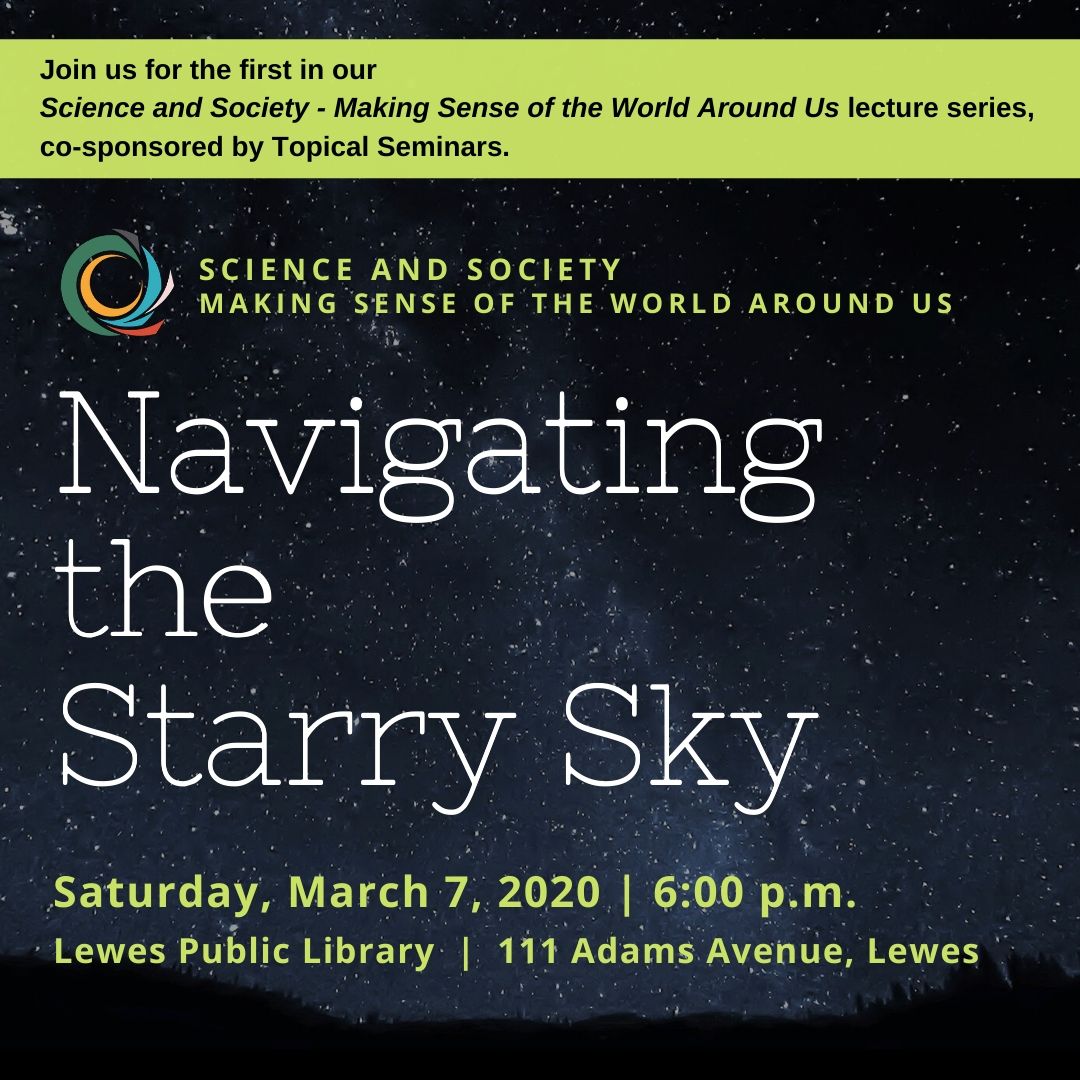 Join us for the first in our Science and Society - Making Sense of the World Around Us lecture series.

Explore the wonders of the night sky with special tips for boaters. We will look at stargazing gear, binoculars and telescopes for the amateur stargazer, investigate how early mariners navigated the oceans, and see the objects easily visible from the Cape region, including the Moon, stars, constellations, planets, meteor showers, and the Milky Way.

Presentation by Jim O’Leary, who worked at Baltimore’s Maryland Science Center (MSC) for more than four decades, researching, writing and producing programs on astronomy, space and Earth science. He produced dozens of programs for MSC’s Davis Planetarium as well as several large-format IMAX films which played both at MSC and in planetariums and IMAX theaters worldwide. He also oversaw the renovation of the Science Center’s rooftop Observatory and its 1927-era telescope. For 12 years, Jim co-hosted an astronomy radio program on Baltimore’s NPR affiliate, WYPR. He is a Fellow of the International Planetarium Society and was awarded the Excellence in Outreach Award from NASA Goddard Space Flight Center for his work with NASA on the 2004 and 2012 transits of Venus.

Registration is required. Sign up online, by calling the library at 302-645-2733, or stop by the Circulation Desk.

This lecture series is co-hosted by the Lewes Public Library and Topical Seminars. Topical Seminars is a bi-monthly meeting of members of our community interested in participating in sessions of informed discourse on a variety of topics. The goal is to have a shared learning experience that will improve the social capital of our community.