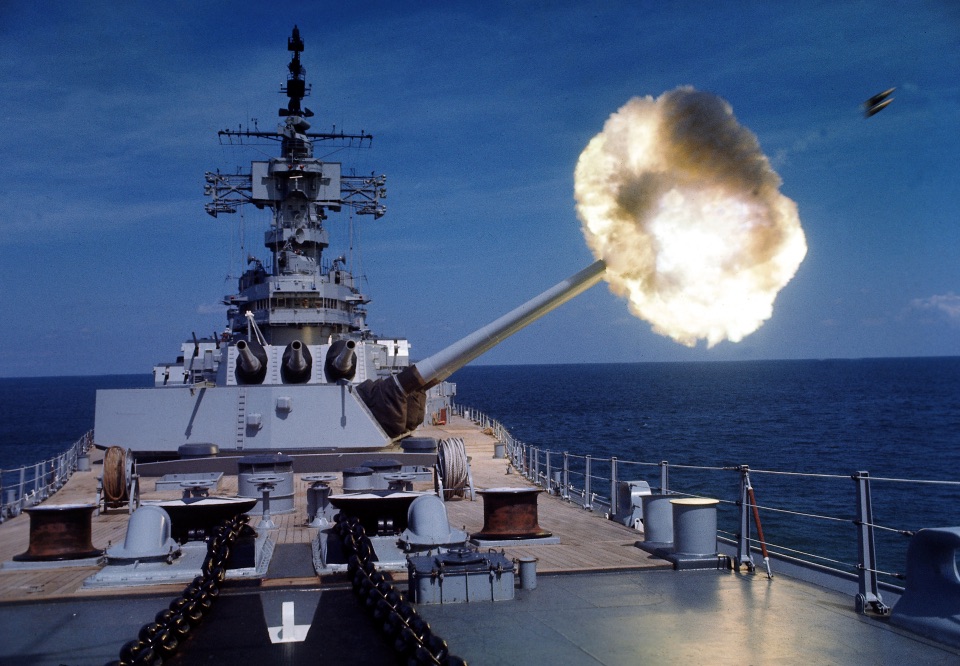 USS NEW JERSEY (BB-62) was built at the former Philadelphia Naval Shipyard, and placed in commission in May 1943. The second of four ships of the IOWA class to be completed, NEW JERSEY was destined to become the most decorated battleship in the history of the United States Navy. The “Big J” fought in WW II, Korea, Vietnam and the Lebanon crisis earning 19 battle stars and campaign ribbons during her many years of active service.

Decommissioned for the last time in February 1991, NEW JERSEY would eventually become a world class memorial and museum in Camden, NJ. Thousands of tourists walk her decks each year, and gain a sense of what it must have been like to go to sea in this majestic warship.

Presented by Captain Walter M. Urban, Jr. USNR (Ret.), who served as a Public Affairs Officer in the US Navy Reserve. He performed active duty for training onboard NEW JERSEY in February 1985 and February 1991. He also served extensively on NEW JERSEY’s sistership USS WISCONSIN (BB-64) from 1988 - 1991. In his official capacity, Captain Urban was involved with the media supporting the recommissioning of all four IOWA class battleships from 1982 to 1988. Since 2001, he serves as the Military Liaison Officer, and member of the Board of Trustee onboard NEW JERSEY.

Registration is requested. Sign up online, by calling the library at 302-645-2733, or stop by the Circulation Desk.