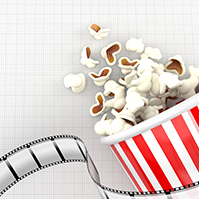 Enter the honest and whimsical world of beloved performer Gilda Radner, an original cast member of Saturday Night Live. Journal entries and until-now unheard and unseen audio and videotapes form the spine of this intimate documentary by Lisa D’Apolito. The amazing source material often allows Radner to tell her own story, from her childhood and comedy career, to her relationships and her struggles with cancer, the latter with both laughter and tears. Brandon Katz of The New York Observer calls the film “a touching reminder of an iridescent star who shined brightly but for far too short a time,” and Owen Gleiberman of Variety.com says it is “[an] exuberant and moving documentary portrait …. that captures the fascinating evolution and awesome range of Radner’s talent.” If you’re a fan of Radner, you’ll be a fan of this film. And if this talented woman and her work are unknown to you, you owe it to yourself to learn more and to enjoy her comedy for the first time. Rich Cline of Shadows on the Wall explains: “Not only is this a vivid exploration of Radner’s life, but also a remarkable look at how the need to perform expresses itself, sometimes leading to pure magic.” 1:26. Not rated.