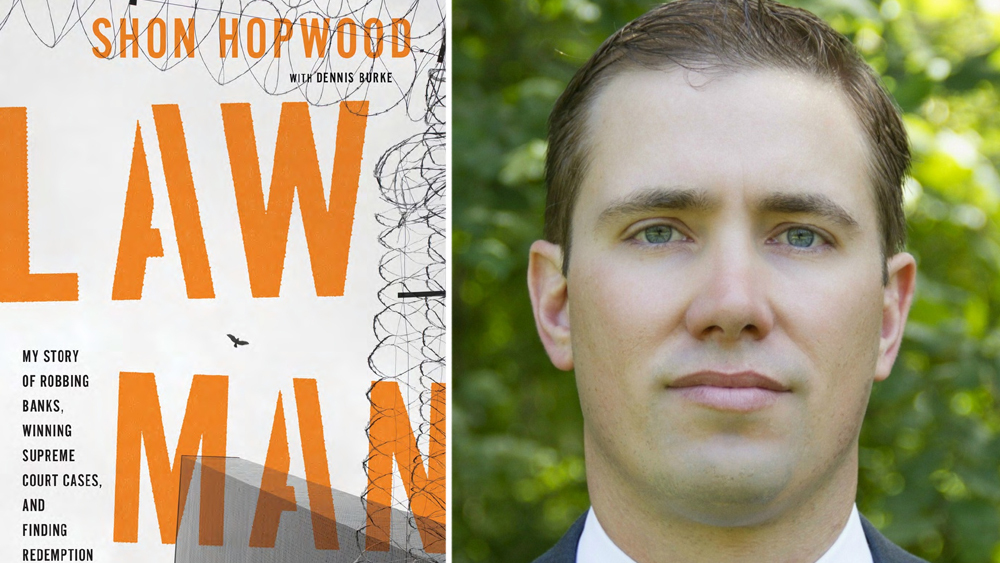 Shon Hopwood was a good kid from a good Nebraskan family. Those who knew him well would never have imagined that, as a young man, he’d be adrift with few prospects and plotting to rob a bank. But he did, committing five armed bank robberies before being apprehended. Serving ten years in federal prison, Shon feared his life was over. He wasn’t sure if he could survive a cell block, but he was determined to try. Hopwood pumped-up in the prison gym to defend himself and earned respect on the basketball court. He reconnected with the girl of his dreams from high school through letters and prison visits; and, crucially, he talked his way into a job in the prison law library. Hopwood slowly taught himself criminal law and began to help fellow inmates rather than himself. He wrote one petition to the Supreme Court, which was chosen to be heard from over 7,000 other petitions submitted by the greater legal community that year. The Justices voted 9-0 in favor of Hopwood’s petition when the case was finally heard. What might have been considered luck by some, was dispelled when a second petition from him was selected to be heard by the Supreme Court. He didn’t grasp it yet, but Shon’s legal work was the start of a new life. Shon works on policy reform, and he is a cofounder of PrisonProfessors.com. He strives to improve outcomes of America’s prison system, and he tells his amazing story in his book, Law Man: Memoir of a Jailhouse Lawyer.

Registration is requested. Sign up online, by calling the Library at 302-645-2733, or stopping by the Circulation Desk. Walk-ins are welcome.

This lecture series is co-hosted by the Lewes Public Library and Topical Seminars. Topical Seminars is a bi-monthly meeting of members of our community interested in participating in sessions of informed discourse on a variety of topics. The goal is to have a shared learning experience that will improve the social capital of our community.